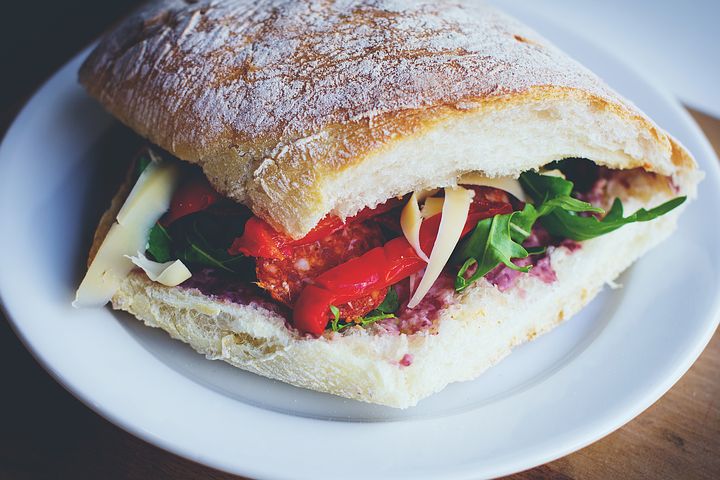 Did you know that freezing sandwiches is a great way to prepare lunch boxes ahead of time?!

I can’t remember where I first read about but I had seen someone online in  a hotter country asking what they could put in their kid’s lunchbox as they wouldn’t be able to put it into a fridge and they wanted to keep the food safe.

Someone had responded to say freeze a sandwich and then put in the lunchbox in the morning. By lunch time the sandwich would be defrosted and in the meantime it keeps the entire lunch box cool. Genius!

When are the best times for freezing sandwiches

The other huge bonus is you can make them in advance and have less rushing around in the mornings.

Also when your kids leave their sandwiches as kids are wont to do, you can simply freeze them for leftovers.

Had a party with lots of sandwiches left over that will go to waste? Freeze em!

It’s also a great idea for when you have stuff in your fridge that is about to go off and will go to waste. You can make a sandwich with them and pop them in the freezer so you have less waste.

I’ve heard people say ‘well making sandwiches is hardly difficult, why not just make them as you go’.

I’m not convinced those people have had multiple children running around their feet while they try to make sandwiches every day but doing batches in one go makes way more sense to me.

You only have to get your chopping boards and instruments out once, get ingredients out and putting them back once, washing up and clearing down once.

Even if those parts just took 5 minutes each time and you make a batch of 12 sandwiches then you’ve saved yourself an hour.

Both my kids get their meals provided at school/nursery at the moment so I forgot all about freezing sandwiches (despite taking my own lunches to work, that’s motherhood for you, forgetting about yourself).

Then at Christmas we had bought a turkey that was much too large. After a couple of days of eating it and making recipes with it I remembered the frozen sandwich tale.

So I batch made about ten turkey sandwiches. Some of them I was able to make with leftover stuffing.

I simply popped them in freezer bags and wrote what they were on them with a sharpie.

I was hoping I hadn’t just wasted all that food for something that would turn out really disappointing. After all, if this worked, surely everyone would be doing it? But nothing ventured nothing gained and all that jazz!

I left them in the freezer for those days where we were running around like blue arsed flies and NOT in any way on top of our shit. My plan was this would save us for going out for lunch at work and getting something nutritionally terrible that costs a fortune.

I’d like to say it wasn’t until March that we weren’t on top of our shit but we didn’t even make it through January before I reached for the frozen sandwiches.

On this occasion, I took them out the night before and popped them in the fridge so they could defrost slowly overnight and when I got to work I put them back in the office fridge.

When lunch time came around I was hesitant to try them but guess what, they were perfect. I would never have been able to tell that they were previously frozen.

They tasted great and it felt like such a special treat to be having those Christmas sandwiches on a dreary January Tuesday.

Can you freeze cheese and pickle sandwiches

One I’m often asked about is can you freeze cheese and pickle sandwiches?

Have you ever frozen sandwiches? What are your favourite sandwiches to freeze?

Can you freeze ham and cheese sandwiches?

Can you freeze shop bought sandwiches?

We often buy Too Good To Go bags and then freeze the sandwiches that we get in them for another time.